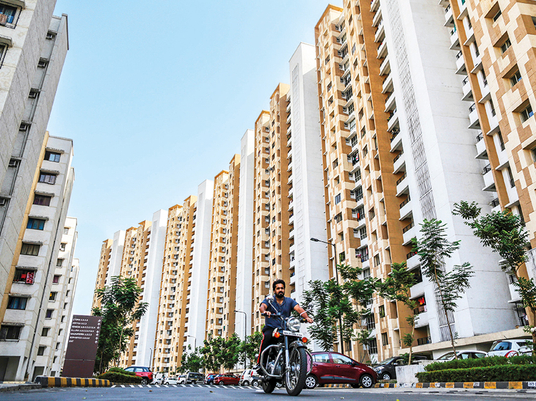 Dubai: Property investors are finding that even after winning multi-million dirham compensations from Dubai courts, developers seem to be in no hurry to pay up.

The issue of delayed payments has again come into focus after a court ordered a near Dh2 billion (including interest) payment in a dispute involving key shareholders at Tameer, the developer behind one of the tallest builds at Dubai Marina (Princess Tower is 414 metres high).

That verdict has now led others who have had exposures in Tameer to ask for their compensations. Saad Hussain, a businessman who had bought offplan units at a Tameer project, is one such.

In 2018, he won claims in “excess of Dh10 million” from the court after the developer failed to deliver. “We received the final judgement from Dubai Court in 2018, and after a few months an execution court order was also enforced for Tameer to pay us our initial principal amount along with 12 per cent interest spanning the years till the full amount is not paid to us,” said Hussain. “A court summons was also issued to both Tameer Holding Investment as well as Gemstone, a company created to move funds, assets and any property previously held by Tameer.

“We haven’t heard from the legal counsel from Tameer/Gemstone despite them acknowledging and receiving the final judgment and an execution order in regards to our case.”

Saad is not alone in waiting endlessly for the compensations to show in his accounts. There have been other investors exposed to other developers and stuck in projects that have not gone anywhere.

This is what Dubai will be clearing up with last week’s announcement of a Special Tribunal to oversee – and deliver verdicts on – all delayed or cancelled projects. The Tribunal is empowered with sweeping powers to ensure that investors caught in such projects get their dues. And just as important, to lessen contradictions, the Tribunal overrides the powers of all other courts and legal regimes in dealing with such delayed/cancelled projects.

But what of disputes that have already gone through the judicial system and where verdicts have been delivered? Investors with pending payments still have recourse to ensure they get paid.

“If the developer did not pay the amounts mentioned by the court, the claimant shall file request to the execution and enforcement court, requesting the judge to order enforcement of the judgment amounts,” said Mustafa Azab, Senior Associate at The Legal Group.

This is why there is so much resting on the order issued late last month against Saudi businessman Ahmed Al-Rajhi of Tameer to pay nearly Dh2 billion to Omar Ayesh, who was the founder of that company.

The dispute involved the liquidation of the company and the disposal of its assets. The verdict ordered payment of Dh1.6 billion as the original compensation and additional funds at an interest of 9 per cent from the date of the ruling and until payment is completed.

Shot in the arm

This is the verdict that investors like Hussain and others were waiting for. “Tameer promised to build four residential towers along with a five-star hotel, and the project was due for completion in 2012,” Saad added. “But massive delays were incurred.

“While all our payments were on track and actually before time, no progress was seen on Tameer’s part. A variety of excuses were put forth and delays happened as and multiple contractors and sub-contractors kept being changed.

“I believe along with me there are hundreds of investors, who had put money and have waited all these years. They have spent on legal fees, and have seen their lives being affected.

“The Dubai Court ruling [against Al Rajhi] is thus not only a step forward but will lead to claims execution and a disbursement of funds to investors who waited patiently through these years.”

Keep the pressure on

According to Azab, if the payments are still not forthcoming, “The execution judge will order attachment on such bank accounts, assets and properties to enforce the developer to pay the judgment amounts.

“If the developer does not pay, the judge will issue order to sale such assets or properties in auction. The outcome from such sales will be assigned for the payment of the judgment amount.”

But he does warn – “The process takes time.”