New Delhi: Bodies piling up at crematoriums and burial grounds across India are sparking concerns that the death toll from a ferocious new COVID-19 wave may be much higher than official records, underplaying the scale of a resurgence that is overwhelming the country’s medical system.

Several cities across the South Asian nation have reported shocking details of bodies, wrapped in protective gear and identified by hospitals as virus-related deaths, lined up outside crematoriums for hours. Accounts collated by Bloomberg from relatives of the dead and workers and eyewitnesses at crematoriums in at least five cities indicate that the real number of COVID-19 fatalities could be significantly higher than the deaths being reported by local government health departments.

On Friday, India registered 330,000 COVID new cases and 2,000 deaths in 24 hours. With nearly 16 million cases in total, it is the second-worst affected nation in the world, lagging behind only the US. But while the US caseload is twice as high, its death toll is three times what India has reported. The surge in Asia’s third-largest economy puts at risk not only its fragile economic recovery but also the global fight against the coronavirus pandemic.

Poor count
Deaths in India have always been counted poorly, even before the pandemic struck. The vast majority of deaths, especially in rural villages, take place at home and routinely go unregistered. For others the cause of death listed is often anodyne – old age or heart attack – leading experts to estimate that only between 20%-30% of all deaths in India are properly medically certified.

News reports from across India suggest that a combination of poor testing and a health system that is inundated by the crush of those sickened by the virus has meant that counting COVID-19 deaths accurately remains a struggle even a year into the health crisis.

Not capturing death data accurately “creates the misconception that media is showcasing anecdotal cases and the overall situation is under control,” said Himanshu Sikka, the chief strategy officer, health at IPE Global, a development consulting firm. “This damages future preparations and measures needed for a possible third wave.”

Data vs cremations
In Lucknow, the capital city of India’s most populous state of Uttar Pradesh, the official number of COVID-19 deaths between April 11 to April 16 stood at 145. However, just two of the city’s main crematoriums reported more than 430 or three times as many cremations under COVID-19 protocol in that period, according to eyewitnesses and workers, who asked not to be named because they weren’t authorised to speak to reporters. This doesn’t account for burials or funerals at other smaller cremation grounds in the city.

When a Lucknow resident, who asked not to be named, reached one of the main crematoriums with the body of a family friend on Monday morning he was told they could set up the funeral pyre anywhere they could find space. Even so, it took over three hours to find a spot that was far away enough to tolerate the heat emanating from the other burning bodies.

He was not allowed to use the electric furnace set aside for virus deaths because the dead man didn’t have a report showing he’d tested positive for the virus even though he had a doctor’s prescription for COVID-19 treatment. No relatives could attend the funeral as they had all tested positive and were under home isolation.

Not attributed to COVID-19
After the patient died in a city hospital, the staff wrapped the body in the protective kits used for COVID-19 deaths. The majority of the nearly 50 bodies the Lucknow citizen saw arriving in the four hours he spent at the crematorium were wrapped the same way but were not cremated in the virus-only electric furnace, he said. That likely meant their deaths weren’t attributed to COVID-19.

In the industrial city of Surat, located in Gujarat, the head of a trust that runs crematoriums said at least 100 bodies have been brought in each day for the last 10 days, wrapped in the COVID-19-mandated protective covering. Surat’s municipal body on April 19 reported only 28 virus deaths.

“Structures within the furnace, like the metal frames and the chimney, are melting and falling apart,” Kamlesh Sailor said. “Repairing it and keeping it going is a challenge, but we have no other way, bodies will have to be disposed of as quickly as possible.”

“The figure of deaths is dynamic, difficult to reconcile from plain reading,” said Navneet Sehgal, additional chief secretary of the Uttar Pradesh government. “No one is trying to hide Covid-19 deaths. Some of the deaths in Lucknow which are included as deaths because of COVID-19 are actually normal deaths which would have been counted wrongly.”

There was no immediate comment from the spokesperson of the Gujarat government.

Sanjeev Gupta, a freelance photojournalist in the central city of Bhopal, said he has consistently witnessed 80 to 120 bodies being cremated each day last week at just one of the city’s three cremation centres set aside for COVID-19 cases. The official virus death numbers for the district were below 10 each day. According to news reports, the state government said the deaths were “suspected COVID-19” but couldn’t be confirmed because of a shortage of testing kits and lab facilities.

Counting struggles
The speed with which the pandemic swept across the world meant that even in countries with sophisticated health systems, mortality was difficult to accurately assess, especially in the early days. Patients with heart disease, diabetes, cancer and other chronic conditions are at greater risk of dying from COVID-19. Some governments, including Russia, had last year attributed the cause of deaths in some of these patients to the pre-existing condition, raising doubts about the veracity of official mortality data.

Tens of thousands of probable COVID-19 deaths in the US weren’t captured by official statistics between March and May 2020, a study in July found.

India’s federal Health Ministry did not respond to an email seeking comment.

Even without accurate figures, the deadly impact of India’s second wave is hard to miss.

Four pages of the local language Sandesh newspaper in Rajkot, another Gujarat city, were covered with obituaries on Wednesday. A month ago, they took up only a quarter of a page. 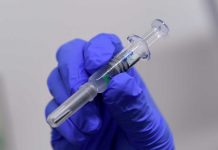 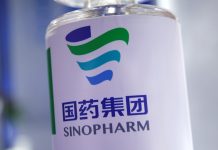 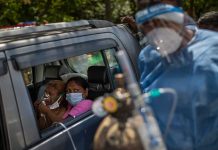