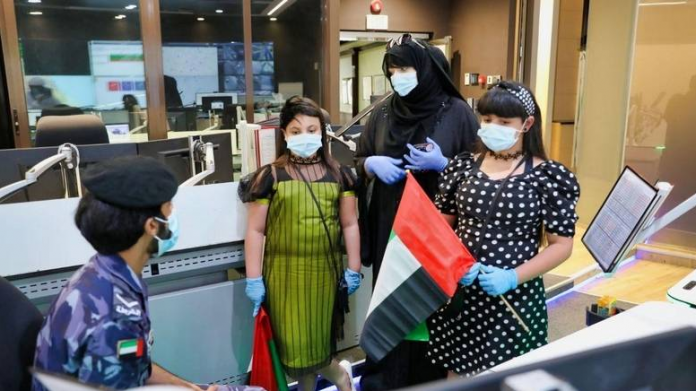 The Ajman Police received the request from the mother of the girls, aged 11 and 12.

Two Emirati girls in Ajman had a simple Eid wish: To finally see the outdoors after being stuck at home for more than three months. And the emirate’s police happily agreed -so off the kids went on a sightseeing tour of the city, on board the officers’ patrol car.

The Ajman Police received the request from the mother of the girls, aged 11 and 12. She said her daughters badly wanted to step out after months of staying home, but they never gave her a hard time.

“They were very obedient and they understood how serious the Covid-19 situation is,” the mother told the police via Instagram. They knew that movement restrictions are necessary to fight the virus and sterilise the streets nationwide.

Upon learning about the girls’ wish, the media and public relations department of the police called the mother and promptly organised a tour.

Right in the morning of Eid Al Fitr, the kids hopped aboard the women’s police patrol car that took them around the tourist spots of Ajman.

They also visited the operations room and met Lt Shaima Khaled Al Mazmi, who then walked them through the high-tech facilities and smart technologies used by the police to keep the emirate safe and secure, especially amid the pandemic. At the end of the tour, they also received Eidi, some sweets and cakes.

The family was overwhelmed and thanked the Ajman Police for such a sweet Eid surprise.