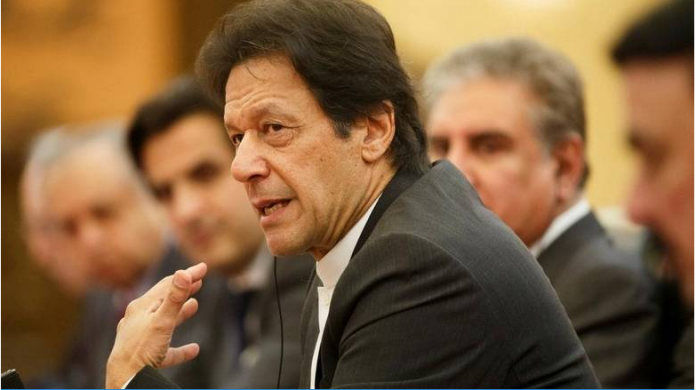 Imran Khan reiterated his commitment to providing ration at the doorsteps is going to formally form Monday.

Pakistan Prime Minister Imran Khan has ordered opening of all national highways to ensure smooth and adequate supply of food items from farms/factories to markets amid “panic buying” due the coronavirus pandemic, it was reported on Monday.

While presiding over a meeting of the ruling Pakistan Tehreek-i-Insaf’s (PTI) core committee at the Prime Minister House on Sunday, Khan reiterated his commitment to providing ration at the doorsteps of the poor and daily wage earners through a force of young volunteers is going to formally form Monday, reports Dawn news.

The meeting was informed that the government had started providing personal protection equipment (PPE) to all medical practitioners, including doctors and paramedical staff currently performing their duty in different hospitals, and intensive care units (ICUs) and quarantines had been established across the country for coronavirus patients.

In case of death of any of the medical practitioners during duty, he/she would be given a ‘Shuhada’ (martyr) package.

“The core committee was apprised that although the prime minister had ordered restoration of movement of goods transport in the whole county a couple of days ago, almost 80 per cent of goods transport was still off the road due to certain restrictions made by provincial governments, including blocking of national highways,” Dawn news quoted Special Assistant to the Prime Minister on Information Firdous Ashiq Awan as saying after the meeting.

She said the premier was quite concerned over reports about shortage of food items in many parts of the country and ordered strict action against those involved in hoarding, black marketing and charging exorbitant prices.

Awan further said that Khan had held consultations with the provinces and would announce a road map to ensure smooth supply of essential items across the country.

Prime Minister Khan, she said, was informed that there was sufficient quantity of food items in the country, including agriculture products like wheat, rice, pulses and grains.

This development comes as Pakistan has so far reported 1,593 cases with 16 deaths.