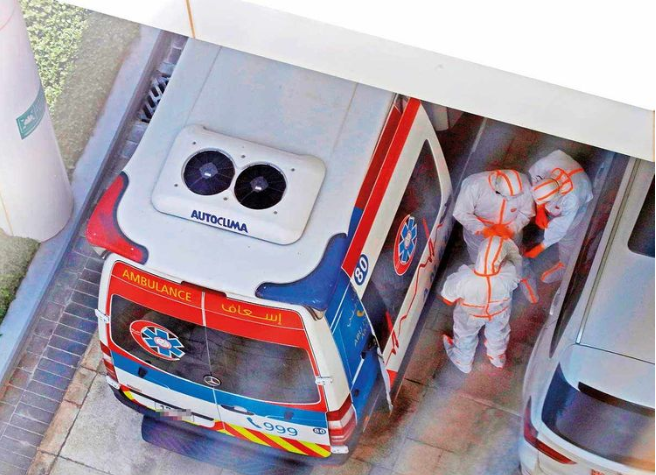 Abu Dhabi: The UAE has registered 53 new cases infected with coronavirus, pushing the total to 664 overall, the Minsitry of Health and Prevention announced on Tuesday.

The ministry also announced one more death from the deadly virus for a 67-year-old Asian with pre-existing health conditions, taking to total number deaths in the country to 6. The deceased had prior chronic illnesses, heart disease and diabetes, which further complicated their inability to fight the disease .

The newly infected cases are in stable health condition and receiving necessary healthcare, the ministry said. They include one person from each of Algeria, Lebanon, Pakistan, Iran, Kuwait, Switzerland, Turkey, the Philippines, Italy, France, America, two persons from Egypt, two from Nepal, three from UK, four from the UAE in addition to 31 Indians.

The 53 patients were identified through screening all those who were in close contact with previously announced cases and failed to adhere to precautionary measures and social distancing. They also include some cases related to travel abroad.

The ministry expressed its sincere condolences to the families of the deceased and wish those infected a speedy recovery. It urged the public to cooperate with health authorities, and adhere to precautionary measures announced – particularly social distancing – to prevent the further spread of COVID-19 and ensure the overall health and safety of the UAE community.

The ministry also advised people with respiratory symptoms to avoid mixing in crowded places , and called on the public to seek information from official sources and to avoid spreading rumors.