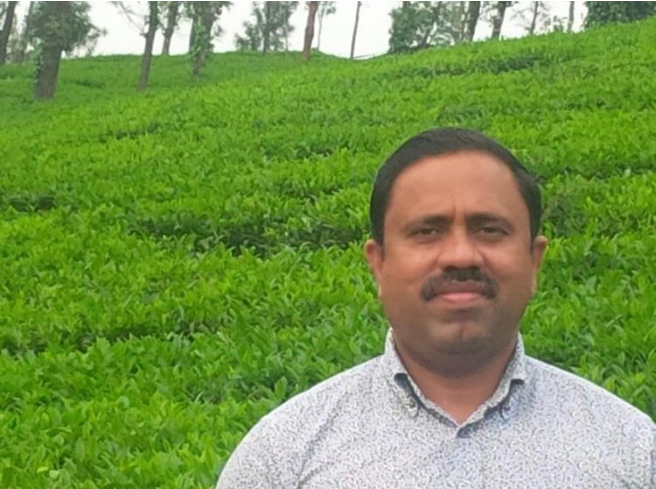 Dubai: The death of Joy Arakkal, an Indian industrialist from Kerala, in Dubai on April 23 was a suicide, Dubai Police confirmed to Gulf News on Wednesday.

According to Dubai Police, he committed suicide by jumping from a building in Business Bay.

“We received a report about a man plunging to his death from the 14th floor of a friend’s building on Thursday. The businessman committed suicide over financial problems,” Brigadier Abdullah Khadim Bin Sorour, director of Bur Dubai Police Station, told Gulf News.

The police ruled out any criminal suspicion behind the suicide and said they are coordinating with the businessman’s family for the repatriation of his body.

A UAE Gold Card visa recipient, Arakkal was the managing director of Dubai-headquartered Innova Group of Companies which had diverse businesses, with major focus in the oil sector. He is survived by his wife Celine and children, Arun and Ashly, who live in Jumeirah.

Consul General of India in Dubai Vipul confirmed to Gulf News that Arakkal’s family is set to fly home with his body after Indian authorities gives them special permission to travel in a chartered air ambulance.

“They have received the NOCs (No Objection Certificates) from India. We have taken it up with the UAE MoFAIC (Ministry of Foreign Affairs and International Cooperation) for necessary permits from the UAE side,” Vipul said.

Once the approval is received, a chartered air ambulance will fly in from Bangalore to carry the family and the mortal remains of Arakkal.

A few social workers and community leaders, who were coordinating with Arakkal’s family for the repatriation procedures, attended the embalming service was on Tuesday.

“Only the family members and a few of his employees were present apart from us,” said advocate Hashik T.K.

He said M.K. Raghavan, a member of Indian parliament from Kerala, and R. Harikumar of Elite Group in the UAE, offered great support for securing approvals from Indian authorities.

“We have been requesting the central and state governments to consider the emotional aspect of traditional funeral process in the case of expats who die abroad.”

He said almost two dozen bodies have been flown to India in the past few weeks on cargo flights. But, no family member was allowed to accompany the bodies so far.

Besides Arakkal’s family, the Indian government also issued immigration clearance for the family of a cancer patient from Nottingham, who is seeking treatment, to fly down to Calicut International Airport in Kerala.

On reaching Kerala, the family members would follow the quarantine procedures as per the government rules, Hashik said.

Arakkal’s’s funeral will be held in his hometown in Mananthavady in Wayanad district where he had built a 45,000sqfit mansion, one of the biggest houses in Kerala, last year.

“It is sad that he could stay in that house for a month or so only,” said a community member.

He said Arakkal had built houses for the poor and also funded the weddings of several young couples back home.

He had received many awards including a lifetime achievement award from the Chief Minister of Kerala Pinarayi Vijayan during his visit to Dubai.