Hanoi. US Vice President Kamala Harris’s trip from Singapore to Vietnam was delayed by several hours on Tuesday due to an investigation into a possible case of the so-called Havana Syndrome in Hanoi, administration officials said. . Although the investigation was in its early stages and officials told Harris that she could stay in Vietnam according to her schedule, Harris’ visit was aimed at US foreign policy amid the withdrawal of US forces from Afghanistan. I have to assure allies. Havana syndrome is said to be caused by many mysterious events related to health. The syndrome was first reported by US diplomats and government officials in the Cuban capital in early 2016.

However, it was not immediately clear who in Hanoi became a victim of Havana syndrome. However, officials said that anyone with the syndrome does not work either for the vice president or for the White House. Harris’s visit was delayed because the vice president’s office became aware of a recent report of a possible unusual health incident in the Vietnamese capital, according to a statement from the US embassy in Hanoi. Although the embassy did not provide any further details, it said Harris decided to go to Hanoi after assessing the situation.

Know Havana syndrome The US government uses “unusual health event” to define Havana syndrome. People suffering from this syndrome have reported that they hear piercing noises and feel heavy tension on the face. Sometimes pain, nausea and dizziness also occur. Similar cases have also been reported by Americans working in Germany, Austria, Russia and China. Many arguments have been given to define this case, such as microweb and supersonic attacks targeting people, which can be for espionage or hacking.

2 cases reported in Washington The

US takes such cases very seriously and recently two such cases have been registered in Washington, in one of which the White House official in November reported dizziness. . Administrative officials said that Russia could be involved in the case, although Moscow denied.

Let us inform that Kamala Harris was to fly to Hanoi on Tuesday evening after giving a speech in Singapore, but her flight was delayed by more than three hours. However, Harris’ chief spokesman, Simon Syndrome, declined to comment on the situation. He said Harris was fine and that journalists had seen him several times on Tuesday, so there was no need to worry about his health.

Increase in cases of Havana syndrome

Here in Washington, Congress took up the matter and all parties in the House and Senate expressed concern over it and demanded the Biden government to investigate the syndrome. The Biden government is under tremendous pressure to investigate such cases, as cases of Havana syndrome have increased in recent times. But scientists and the government are not sure about who could be behind this attack. And also whether these symptoms are due to surveillance equipment, or is there some kind of attack behind it.

Although the US administration has assured to take the matter seriously, and has said that the people affected by the syndrome will be provided with the best medical care. An important analysis about Havana syndrome has come to the fore that radio frequency energy may be behind it. In a report published by the National Academy of Science in December last, radio frequency attacks can affect the operation of the brain and will not cause much damage. However, the panel did not specify in its report how US officials are targeted. 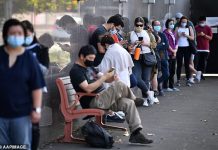 Workers were hungry for 10-12 hours on AIRPORT to go abroad for work from India, the minister first fed them 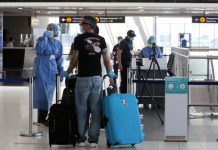 Indian tickets were not approved, will not be allowed to sit in the international flight, will be quarantined 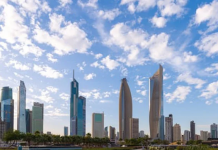 Kuwait approves draft of Overseas Quota Bill, 8 lakh Indians may have to leave the country: Report