Mental health and COVID-19: Fear of loss has been an overpowering albeit silent emotion within our children

“Mummy I thought I was going to be in an actual bubble, but it was a normal class,” announced my 8-year-old excitedly as I collected her at the campus gates on her first day back to school in months.

You will probably smile but for me there was poignancy in the moment- this is not how it was ever meant to be and yet the ones who questioned it the least were the little ones. In a world gone awry, how often have we presumed our children are coping, that they understand more than they should?

When we went into a lockdown, our immediate worries- in random order were working from home, fitness and groceries. We were so involved in the upheaval of our own daily routine that we only gave our kids a cursory glance- they had a gadget, they had online studies and we were sorted. (We didn’t even give the elderly that cursory glance- and that is a story for another day.)

Fast forward to a year later and all that our children, want is a play date preferably in the park. They are moody, socially isolated and physically tired. The year has taken a toll, their energy has been silenced. Yet, how many of us adults treated them as fellow sufferers?

A deep crisis
UNICEF recently warned that the mental health of at least 332 million children globally could be at risk because of the pandemic, that is one in seven children.

In India the crisis may be deeper, another UNICEF report says the result of schools’ closure- 1.5 million schools temporarily shut their gates last year- could impact 247 million children enrolled in elementary and secondary schools.

When it comes to the young, India was already on the back foot before the lockdown. Firstly, the huge disparity between children of private and state schools has been made more glaring by online studying. The government in March last year said broadband penetration in the villages was below 30%.

Yet, like the migrant exodus, rural India’s young gave us lessons in resilience- like the class 7th student who travels two kilometres daily to get internet connectivity. She sits in the middle of an agriculture field and studies.

This social divide between the rural and urban cascades further into the gender divide especially in lower income families where only one child may get access to remote learning. In India, chances are it will be the boy. In 2016, it was reported that 70% of internet users in the country were male.

And so, hidden behind the pandemic headlines, tragedies unfolded. In June last year, a class 10th student in Kerala set herself on fire. Her father could not afford a smartphone or even the money to repair the television. The uncertainty of the pandemic has given clarity to lower income families- the priority has been to survive, not buy a smartphone.

Secondly, mental health of the young- tweens and teens, has been a cause of concern even before the pandemic. A WHO report on mental health says that one in four teens in the thirteen to fifteen age group — that is Classes 8-10 — in India are depressed.

A student reportedly commits suicide every hour in our country. There is more, an estimated ten million teens have mental health problems as per the National Mental Health Survey 2015-16. Many counsellors fear those numbers have only increased during the pandemic.

Yet, we don’t take what ails our children seriously. We seldom have. We would rather dismiss it as a phase, or just focus on ourselves as we have during the pandemic. Actor Sushant Singh Rajput’s death brought the focus back on mental health, but only on the adults.

And yet, even when school life was normal, incidents of self-harm were alarmingly on a rise. Body shaming, cyber bullying, eating disorders are real in the urban milieu where remote learning classes are flourishing.

The scrutiny online for students in the last year has been intense and WHO has warned earlier that half of all mental health disorders take place before the age of 14. By most indications, even though schools are beginning to reopen, teaching will embrace a hybrid model at least till the end of this year.

There has been another overpowering albeit silent emotion within our children- fear of loss. The last year has made them fragile. Those who push back may also falter. “We have seen an increase in anxiety, self-harm, suicidal ideation and fears of death of loved ones. Six- year- olds who refuse to let their parents out of sight, scared of an earthquake.

Nine-year-olds who are afraid of death, being aware of the tragedies the world has faced in the last year. Teenagers, whose lives have been reduced to 13 inches- there is a pattern to the distress of the children- some are angry, some are unable to sit quietly,” child psychologist and psychotherapist Nupur D Paiva shares her experience with me.

Addictions, aggression, anxiety- it is a free for all season and behavioural changes are a red herring. But it may not always be easy to identify because by most accounts the adolescents have coped well.

Gaming- WHO labels it a disorder- has seen a drastic increase during Covid and the outlet for stress and demotivation has the potential to blur lines.

A spike in gaming

Dr Manoj Sharma at Bengaluru’s Shut Clinic, the first of its kind digital detox centre tells me, “there has definitely been a spike in gaming during the pandemic. New users have joined and it has become a recreational social activity while the situation of those who were already addicted has become worse.”

A study conducted across 30 cities last year after the lockdown by a children’s hospital reveals how gadget addiction increased by up to three times. Mental health and behaviours are closely linked. The same study mentions that up to 7% of children’s bedtime anxiety increased by 32% with almost a similar increase in uncontrolled aggression.

Despite the urgency for normality, we need to pause and stop being harsh- on others and ourselves. “The learning we should all have from this year is that we should be able to find ways if we are struggling and at the same time we need to keep honing up our own skills because we don’t know what is coming next. Adults need to upgrade, and they need to help children upgrade their skills,” says psychiatrist Dr Samir Parikh,

My elder daughter has had five precautionary Covid tests for two weeks of physical school in an entire year. The remaining days turned into weeks and months, I have seen the weather change outside her study window. I don’t think she noticed. They have been the invisible people, it’s time we reclaimed our children. 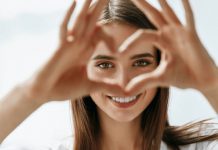 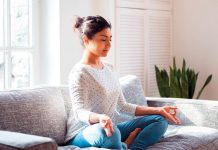 From the ‘shym’ to ‘climatarian’ diet, here are 9 health trends to watch in 2021 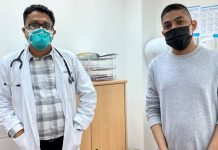 Miracle in Dubai: Teenager with asthma suffers three cardiac arrests, but paramedics, doctors save him