Neymar fired another shot in his battle with Paris Saint-Germain after saying his favourite football memory is Barcelona’s incredible 2017 comeback win over PSG, which Neymar helped inflict on his current club.

Asked by online sports channel Oh My Goal about his best changing room memory, the world’s most expensive player chose the aftermath of that win.

“We all went crazy afterwards. I think it was the best possible feeling for all of us,” the Brazilian star said in the interview, which was posted on Saturday.

Neymar was speaking in Sao Paulo ahead of his belated return to the club on Monday, after insisting last week that he had prior agreement from PSG to stay in Brazil to help his foundation, the Neymar Institute.

His comments are set to further strain his relationship with the club.

He wants out of the Parc des Princes and would prefer a return to Barca, but is struggling to find suitors due to the 222 million euros ($252 million) the capital splashed out to take him away from Barcelona two years ago.

The chances of him rejoining the Catalan giants are further complicated by Antoine Griezmann’s arrival from Atletico Madrid for 120 million euros.

Sporting director Leonardo has nevertheless said that “Neymar can leave PSG if there is an offer that suits everybody”.

Later Saturday, Neymar added fuel to the fire over a possible return to the Camp Nou, with an Instagram post.

It was a 10-second video of himself in a Barcelona shirt, his father, and a quote from the Bible: “No weapon turned against you will prosper.” (Isaiah Chapter 54, Verse 17).

The post led to much speculation about his intended message, with French newspaper L’Equipe saying: “Everyone will see in this ambiguous message a hidden announcement by the PSG striker of his return to his old club.”

But his public relations company, in a statement carried on Brazilian websites, said, “After these events he will show up normally on July 15 as PSG had been informed weeks ago.”

Barcelona president Josep Maria Bartomeu earlier this month confirmed reports that Neymar wanted to leave Parc des Princes, while admitting the Ligue 1 champions did not want to sell him, according to media reports.

PSG responded by saying they would sanction the Brazilian for missing the start of pre-season training last Monday, even though the player’s father said Neymar’s delayed return had been agreed in advance so he could be present for Brazil’s victory in the Copa America.

Barcelona’s famous rout of Paris Saint-Germain took place in the final 16 stage of the 2017 Champions League.

PSG had won the first leg of that Champions League last 16 tie 4-0 and were seconds away from the quarter-finals.

Neymar scored in the 88th and 91st minutes of the famous match before setting up Sergi Roberto for a winner five minutes into stoppage time.

That sealed their 6-1 win over PSG, who then shelled out the world-record fee to bag the Brazilian the following summer.

“What we felt when we scored the sixth goal I’ve never felt anything like that, it was incredible,” Neymar told Oh My Goal on Saturday.

Meanwhile, Neymar says he has recovered “almost 100 per cent” from the ankle injury that ruled him out of Brazil’s victorious Copa America campaign.

Of his state of fitness he told Brazilian media Globoesports and UOL: “I’ve recovered almost 100 per cent, all that’s missing is training.” 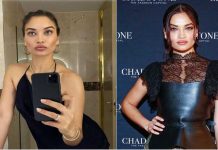 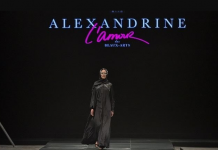 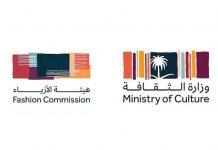