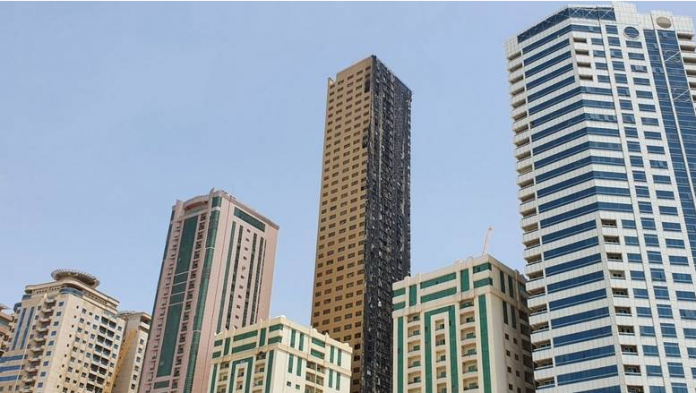 Authorities will have to declare the Abbco Tower safe first, before tenants are allowed to move back in.

Tenants and families who live in the fire-hit Abbco Tower in Sharjah are now allowed to enter the building – but only to get valuables and important documents, police said on Sunday.

Maj-Gen Saif Al Zari Al Shamsi, Commander-in-Chief of the Sharjah Police, said the residents who wish to return to the tower will have to notify the police and civil defence team first. Then, they will be escorted to the building so they can take their valuables.

“Residents’ safety remains the top priority of the police. Patrols will be deployed until the renovation and evaluation of the building are completed,” Maj-Gen Al Shamsi said.

Authorities will have to declare the Abbco Tower safe first, before tenants are allowed to move back in.

Since the massive blaze gutted their building last week, Abbco residents have been staying at hotels in the neighbourhood. The authorities and various charities have been helping them cope with the ordeal.

While some managed to grab a couple of valuables, many were not able to bring anything. Some said all they had were the clothes they were wearing.

Those who lost documents or whose cars got damaged in the incident may seek help from the police, Maj-Gen Al Shamsi said.

“The police will provide them with all the support and issue the necessary documents they require for their embassies or insurance companies,” he added.