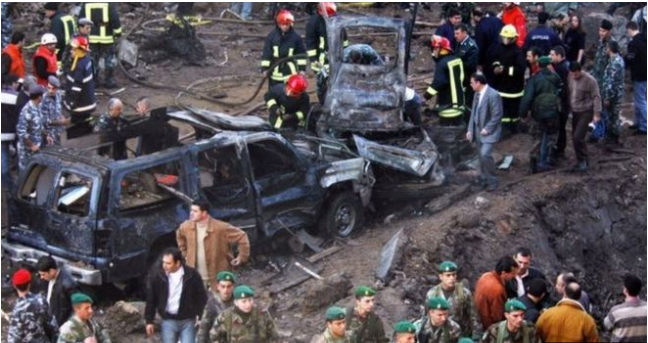 An international tribunal for Lebanon is expected to issue its verdict in the case of the assassination of former Prime Minister Rafik Hariri nearly 15 years ago.

4 persons suspected of belonging to the Lebanese Hezbollah group are being tried in absentia before a special court in the Netherlands.

Following the anger over the assassination that took place in 2005, Syria was forced to withdraw its forces after they had been in Lebanon for nearly 29 years.

Hezbollah and the Syrian government denied any involvement in the attack, which killed 21 other people.

More than 220 people were injured after a truck filled with explosives exploded as Hariri’s motorcade passed along Beirut’s Corniche overlooking the sea.

The assassination was a watershed moment for Lebanon and led to the emergence of competing alliances that shaped Lebanese politics for years afterward.

Hariri’s son, Saad, led an anti-Syrian and pro-Western bloc, after which he served three terms as prime minister.

Saad Hariri is expected to attend the court session when it issues its ruling later on Tuesday.

None of them commented on the trial. However, the lawyers appointed by the court to defend them said that the charges were based on circumstantial evidence and did not prove their guilt beyond a reasonable doubt.

What are the details of the case?

On the morning of February 14, 2005, Rafik Hariri – then an MP – was traveling in a motorcade near the St. George Hotel in Beirut, when a bomb hidden in a truck exploded.

The explosion caused a huge crater in the street, leaving the surrounding cars charred, while the facades of shops were smashed and charred.

Hariri was one of the most prominent Sunni politicians in Lebanon, and at the time of his death had supported calls for Syria to withdraw its forces that had been in Lebanon since 1976 after the outbreak of the civil war in the country.

The assassination led to tens of thousands of demonstrators taking to the streets to protest the pro-Syrian government.

The government resigned after two weeks, and Syria withdrew its forces from Lebanon.

After gathering evidence, the United Nations and the Lebanese government established the Special Tribunal for Lebanon in 2007 to investigate the bombing. In the end, four people were tried in absentia on charges that included conspiracy to commit a “terrorist” act.

A fifth suspect, Hezbollah’s military commander Mustafa Amin Badr al-Din, was withdrawn from the indictment after he was killed in Syria in 2016.

Supporters of Hezbollah rejected the trial, arguing that the Special Tribunal for Lebanon is not politically neutral.

How important is the trial?

The trial of the four men was hailed, albeit in absentia, as a historic moment for international justice and for Lebanon.

The court has demonstrated a will to hold perpetrators accountable in a country where favoritism may help avoid prosecution.

However, deep divisions developed between those who supported the trial and those who felt it was a political tool.

Hezbollah has pledged not to hand over the four men if found guilty.

The court’s decision coincides with a deep crisis afflicting Lebanon. The country is still suffering from a catastrophic explosion in the Beirut port on 4 August, which killed at least 180 people and injured more than 6,000.

Lebanon was suffering from deep economic problems before the explosion, with the collapse of the currency, high inflation and unemployment rates, which led to mass protests. 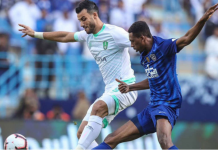 Al-Ahly vs. Al-Hilal .. All you want to know about the Saudi football clasico 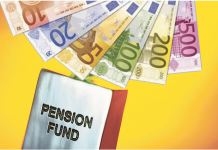 UAE expat problems: Finding a retirement plan before settling down! 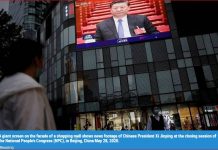