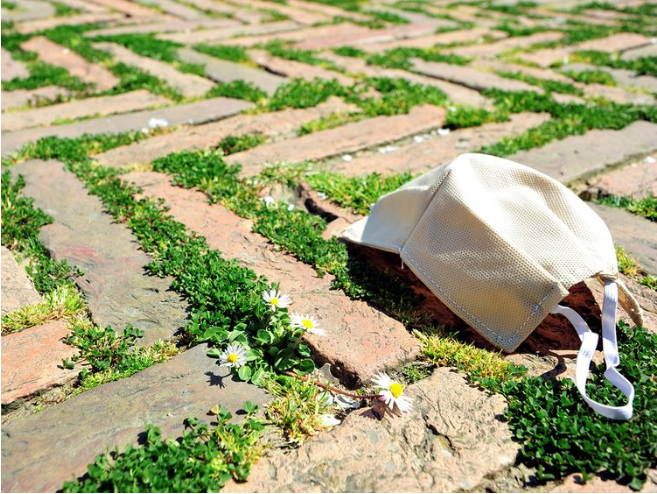 They wanted $4 million for a stockpile of face masks, but prosecutors say that the protective gear advertised by two Southern California men did not exist, and that they went as far as to put fake 3M labels on empty boxes.

Now, the two men, Donald Allen, 62, of Riverside, California, and Manuel Revolorio, 37, of Rancho Cucamonga, California, have been charged with conspiracy to commit wire fraud, according to a criminal complaint that was unsealed Monday in U.S. District Court in Brooklyn.

Prosecutors said that Allen and Revolorio misrepresented to customers that their company, International Commerce and Investment Group, had been supplying health care providers with personal protective equipment since 2014, and that it had access to millions of face masks, both surgical and N95 respirators.

One of those customers tipped off federal agents, who then arranged to buy masks from the two men, according to the authorities. Allen and Revolorio created the impression that they had other customers lined up to pressure a buyer to wire them $4 million, the authorities said.

Richard P. Donoghue, the U.S. attorney for the Eastern District of New York, said in a statement Monday that the men’s actions were another example of profiteering from the coronavirus pandemic.

“As alleged in the complaint, the defendants sought to take advantage of the urgent national need for lifesaving personal protective equipment through a fraudulent scheme designed to line their own pockets,” Donoghue said.

If convicted, Allen and Revolorio would face up to 20 years in prison and a fine of up to $250,000. They were arrested Monday and released on $50,000 bond each after making an appearance in U.S. District Court in Los Angeles.

Kenneth Reed, a lawyer for Revolorio, said in an email Monday night that his client would plead not guilty. He did not comment further.

A public defender for Allen did not immediately respond to a request for comment.

According to the criminal complaint, Allen told a customer who was cooperating with the authorities that he didn’t want to inflate his prices too much because it could draw the attention of the FBI.

Law enforcement officials said that Allen and Revolorio created a website for their company and certificates of authenticity for supplies they did not have. Both were filled with errors, the officials said. A toll-free number on the company’s website connected callers to an automated message for an adult telephone service, the criminal complaint said.

When an undercover agent went to an office at a home in Rancho Cucamonga, Allen and Revolorio showed the agent some open boxes with masks in them, according to the complaint. There were other boxes that were sealed and shrink-wrapped, which the authorities said were empty.

“The alleged behavior here is nothing short of a betrayal of fellow citizens – both those serving on the front lines, and the communities who need those essential workers able to safely serve,” William F. Sweeney Jr., assistant director in charge of the FBI’s field office in New York, said in a statement on Monday.

Last month, a Brooklyn man was charged with lying to federal agents about price gouging. The authorities said the man, Baruch Feldheim, 43, had stockpiled 192,000 N95 respirators, 130,000 surgical masks and nearly 600,000 medical-grade gloves, which were redirected to medical workers in New York and New Jersey.

Two Tennessee brothers who stockpiled 17,700 bottles of hand sanitizer avoided prosecution and a fine, but won’t recoup the thousands of dollars they spent on the supplies under the terms of a price-gouging settlement that the state attorney general announced last week.