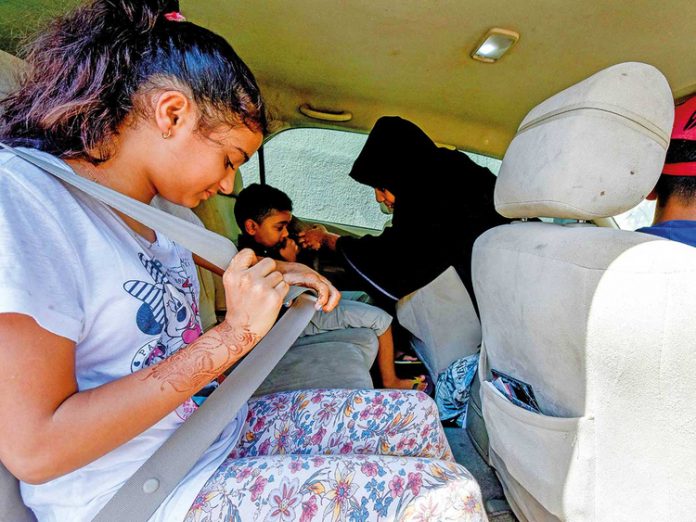 Dubai: Abu Dhabi Police have issued an awareness message on their official social media channels on the penalties parents or guardians face if children under the age of 10 years are allowed to sit on the front seat of a vehicle.

Not only will the driver be issued a fine of Dh400, the car will also be impounded. To release the impounded vehicle, the individual will be required to pay a fine of Dh5,000 within three months, following which the vehicle is referred for sale in a public auction.

The post referred to Law No. (5) of 2020 regarding the seizure of vehicles in the emirate of Abu Dhabi, according to which the violation of allowing a child under the age of 10 years to sit in the front seat of the vehicle is a fine of Dh400.

As per the Federal Traffic laws Article 49, front seat passengers should also be at least 145cm tall and not younger than 10 years old. Parents who allow children to sit in car’s rear seat without child seat will be fined Dh400.

Children up to the age of four years are required to be in a child safety seat, while older children need to be seated in the back, with the seat belt fastened.

The back seat is the safest place for children to sit.#DubaiPolice#YourSecurityOurHappiness#SmartSecureTogether pic.twitter.com/5HQp6CTcBv

Mandatory seat belts for all

All passengers in a vehicle are required, by law, to wear a seatbelt, whether in the front seat or back seat.

According to the UAE government’s official website, Ministerial Resolution No. 178 of 2017 regarding traffic control rules, failing to do so, the driver of the vehicle will be fined Dh400 and slapped with four black points. Also:

• Children up to four years of age must be provided with a child safety seat. Violators will be fined Dh400 and slapped with four black points.

• The front seat passenger should also be at least 145 cm tall and not younger than 10 years old.