Former contestant of famous reality show Bigg Boss 13, Shehnaaz Kaur Gill, who recently was in Kashmir with popular music rapper Badshah for a song video shared a video of herself dancing on the cultural song ‘Bumbro’.

The video has been doing rounds on the social media ever since she uploaded.

When in Kashmir do it Their way! Had to dance on this epic song at the heaven on earth…#Kashmir ♥️ pic.twitter.com/43W9WCXOQR

The singer uploaded a video of herself dancing to a Bollywood song in Kashmir while donning ‘traditional’ Kashmiri attire.

Gill documented her trip to Kashmir in a 45-second-long video. 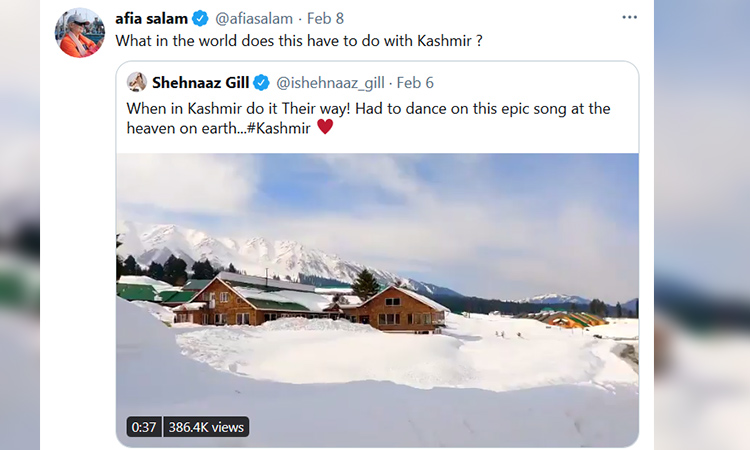 Far from being a simple travelogue video, however, the video featured Gill in fancy-dress like attire.

“When in Kashmir do it their way! Had to dance on this epic song at the heaven on earth…#Kashmir ♥️,” the actress wrote on social media as the caption to the video. 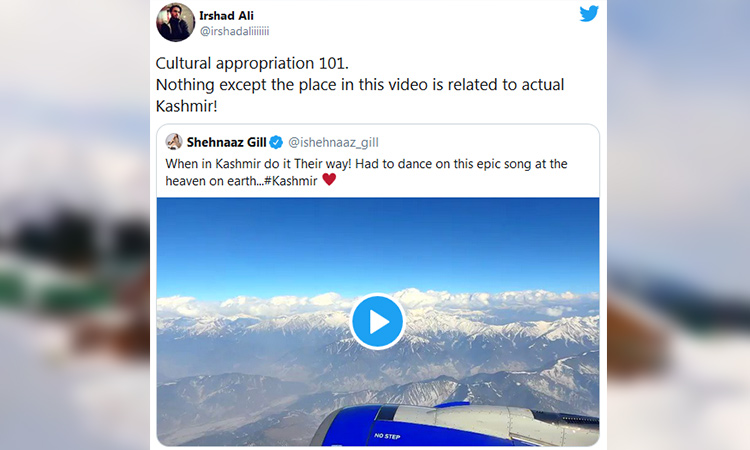 In the video, she can be seen wearing a colourful outfit and a lot junk of jewellery. She was dancing amid the snow to the tune of the Hindi Bollywood song ‘Bhumro Bhumro’ from the 2000 film ‘Mission Kashmir’.

Many criticised and slammed the popular social media personality for appropriating and misrepresenting Kashmiri culture. 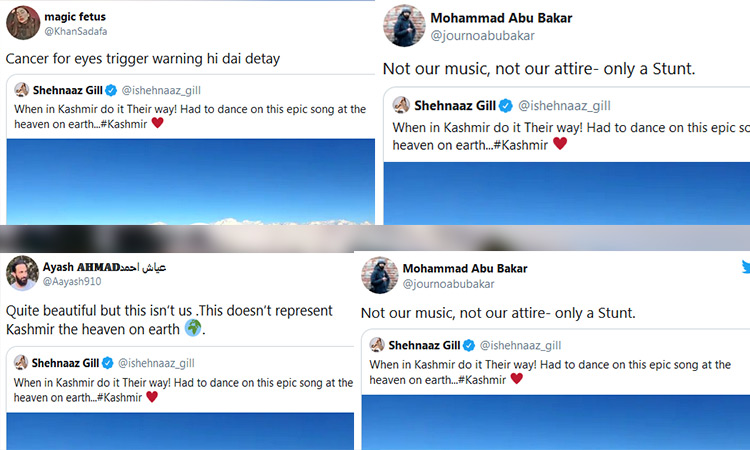 “This doesn’t represent Kashmir the heaven on earth,” tweeted a user.

Yet another wondered, “What in the world does this have to do with Kashmir?” A third called it “cultural appropriation 101”.

In a hilarious tweet, a user wrote , “Cancer for eyes.”

Earlier, Gill shared a series of her pictures on social media all dressed in a typical traditional attire in Kashmir.

In the photos, Gill is seen posing with different expressions while flaunting her dress.

She was seen donning a salwar kamiz with a dupatta clinched to her waist and draping it in kaftan style.