The match was held as part of the two teams’ preparations ahead of the 2022 World Cup and the 2023 Asian Cup.

Bahrain scored the first goal of the match in the 21st minute when Abullatif converted penalty. Syria, however hit back through Mohammed Othman’s penalty kick in the 36th minute to draw level 1-1.

Abdullatif took Bahrain ahead in the 36th minute as the hosts led 2-1 at half-time. Mohammed Jassim extended the lead in the 67th minute to help his team secure a 3-1 victory.

Bahrain, managed by coach Helio Souza, are scheduled to play Jordan in another friendly on Tuesday. 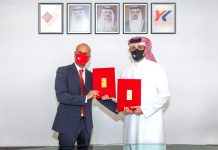