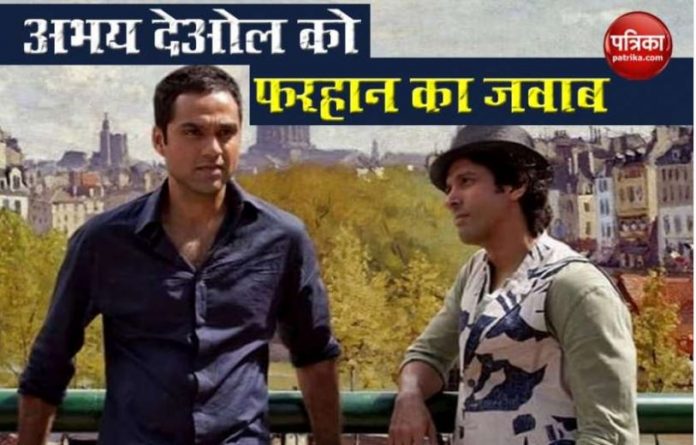 Also Read: Byju’s announcement to give 4 thousand jobs among Coronavirus, know who will hire the company

At the same time, he said for Abhay Deol, ‘What he felt is his own personal experience. I cannot say much on this. If you always want the validation of others, then it can give you happiness for some time, but in the end will only give disappointment. You need to love your work. ‘

Let me tell you that earlier Farhan Akhtar had spoken on Farhan Akhtar On Nepotism. Farhan admitted that being a star kid in the industry is of great benefit and helps in reaching the film makers early. Farhan further said that ‘our industry operates on the scales of success and failure. If you ask whether people who belong to the film family get any benefit. So I would say – I get it. Do they find work easily? I will definitely get it.


Along with this, Farhan said that ‘But what is the bad thing in this. After hard work of parents, their children benefit. Every parent wants to help their child. Farhan further said that not every outsider in Bollywood is treated badly. The one who is talented gets success.