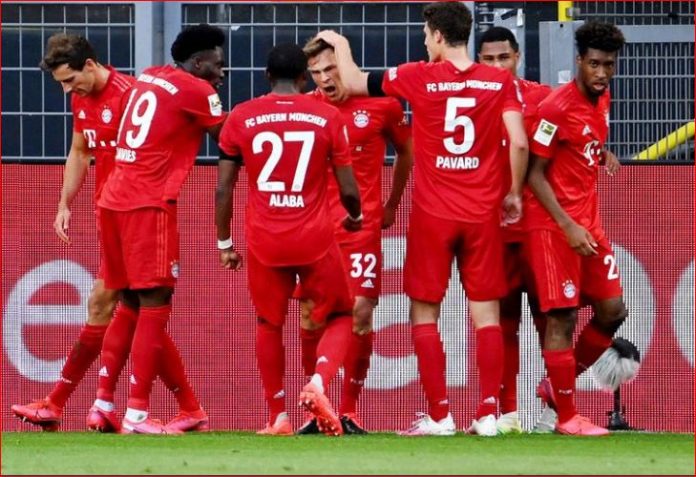 Bayern Munich defeated Borussia Dortmund badly and has made a strong position for the Bundesliga title race with a 1-0 win over their nearest competitors in Germany’s top flight on Tuesday night.

Thanks to an amazing strike from Joshua Kimmich, Hansi Flick’s men opened up a seven-point gap over Dortmund at the top of the standings.

On the other hand, Lucien Favre’s side gave a tough fight to the seven-time defending champions but were undone by a magical goal from the unlikely source of defender Kimmich’s boot.