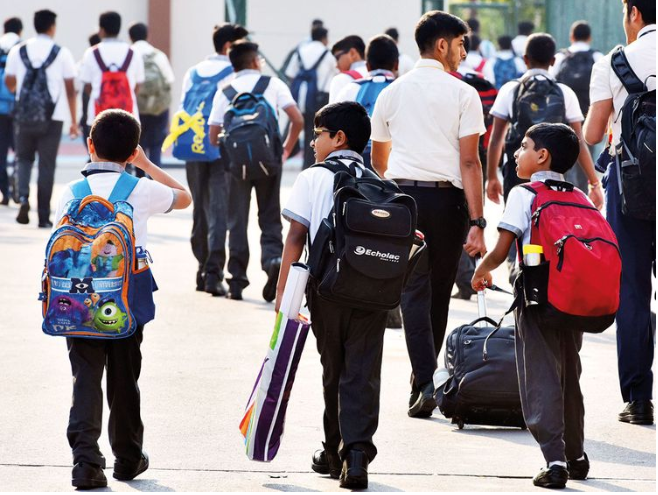 Abu Dhabi: The Ministry of Education is expected to announce that the distance e-education system will be extended until the end of the current academic year ending June 2020. This will cover all students of schools and public and private universities. Only examinations will be held within these educational institutions. This is as a precautionary measure to avoid the spread of coronavirus, Gulf News has learnt.

The ministry has not yet announced its final decision on the matter, but it is expected to announce its decision imminently, in light of the repercussions of the spread of Covid-19 in various countries around the world.

The ministry has formed an expanded committee that includes educational and administrative officials from various central departments in its head office in Dubai, to provide the special needs of the distance education system.

The committee presents a detailed study on the repercussions of the Covid-19, and the extent of its impact on the progress of the educational process in the event of the resumption of studies inside schools, after the end of the spring vacation, and the application of the distance education system during the period from March 22 to April 2.

The committee will provide a comprehensive evaluation of the experience of distance education in all its stages, during its application in the mentioned period in all schools and universities, and then prepare a detailed report for its evaluation.

This committee will also work to identify the strengths and weaknesses of distance education, to take the appropriate decision about continuing to work until the end of the academic year or the resumption of studies after the specified period.

In the past two days, private schools in Abu Dhabi, Dubai and Sharjah have experimented with the technical applications, through which the distance education initiative will be implemented, in addition to adopting the class schedules and exams for this system.

Departments of those schools sent a detailed explanation to the students and their parents about how to use those interactive applications.

Under these applications, each student and parent will be provided with a password that enables the student to use the application, and helps the guardian to follow and be added to his/her son’s classroom. These applications help all students to communicate from within their homes with their teachers in schools, audio and video, and send their notes and inquiries about lessons interactively.

These applications also enable students to send their assignments back to their teachers for correction and to resubmit them to students with a detailed explanation of the errors, as well as to enable the guardian to monitor his/her son’s interactions and behaviors, and to receive detailed reports on the student’s grades in various subjects.

In the context of the preparations of educational institutions in the country to implement the initiative on time, private schools in Abu Dhabi, Dubai and Sharjah have adopted interactive class schedules for the distance education system.

Those schools circulated class schedules on their website, and sent copies of them to parents and students from the 5th grade to the 10th grade only, confirming that the rest of the schedules will be sent shortly.

Later, Arabic daily Al Bayan quoted a source at the Ministry of Education as saying the four-week break for schools, universities and colleges will remain unchanged.

However, the ministry is studying all possibilities with other relevant authorities to take the proper measures for the safety of students.

The source said the current situation requires them to consider all possibilities to ensure the safety of students and the school staff.