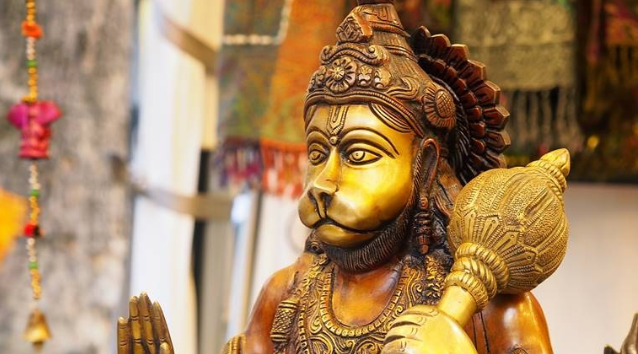 Hanuman Jayanti 2020: Known to be one of the biggest devotees of Lord Ram, Lord Hanuman’s birthday or Hanuman Jayanti is observed in India with much fervour every year. Celebrated on a full moon day on the 15th day of Shukla Paksha in the month of Chaitra of the Hindi calendar, this year, Hanuman Jayanti falls on April 8, which is also known as Chaitra Poornima.

The appearance of Sri Hanuman dates back to the beginning of Treta Yuga of the sixth Manvantara of Vaivasvata Manu, around 2.59 million years before, as per Uttara Kanda of Valmiki Ramayana. It is believed that Lord Hanuman was born to Anjana, the wife of Vanaraja Kesari (the King of Monkeys) when she was cursed by Muni Vishwamitra for disturbing him. Anjana worshipped Lord Shiva to get rid of the curse and urged him to be a part of the child in her womb. Thus, it is believed that Lord Hanuman is an incarnation of Lord Shiva.

Another popular belief is that King Dasharatha performed a ritual of Putrakameshti yagna in order to have children following which he received scared payasam. However, a kite snatched a fragment of it and Pawan Deva or the wind-god handed it to Anjana, and Lord Hanuman was born. Due to which Lord Hanuman is also known as Pawan Putra Hanuman.

As a devout follower of Lord Ram, Hanuman played a major role in the epic Ramayana when a battle ensued between Ram and Ravana. The son of wind-god Pawana, Hanuman is believed to have herculean abilities such that he could lift an entire mountain called Sanjeevani on one hand, as per the Ramayana. A symbol of strength and energy, Hanuman is worshipped as a deity who is able to attain victory against all odds. On the special occasion, devotees worship the lord to seek protection and blessings and singing hymns like Hanuman Chalisa and Sundar Kaand. Various kinds of foods including sweets, and flowers are also offered to Lord Hanuman and distributed among his followers as prasad.