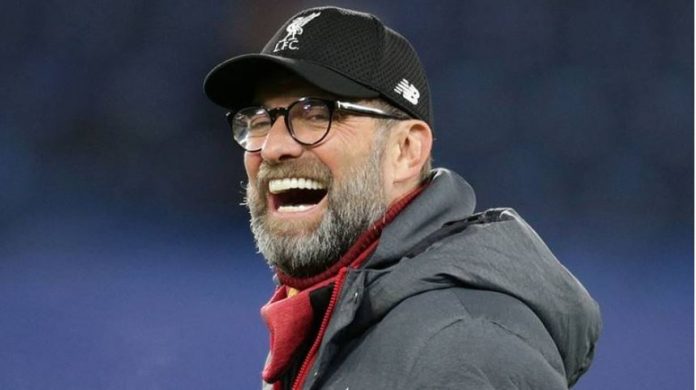 Liverpool need six points from their remaining nine games to win the title.

Liverpool manager Juergen Klopp has urged supporters to stay home and not gather at stadiums as the Premier League leaders prepare to resume their quest for a first English top flight title in 30 years.

The league is set to return later on Wednesday following a three-month break due to the COVID-19 pandemic.


Liverpool need six points from their remaining nine games to win the title and could even secure it on Sunday if they beat local rivals Everton and second-placed Manchester City lose to Arsenal later on Wednesday.

Games will be played without fans present in the stadiums and British sports minister Nigel Huddleston told Sky Sports the government could revisit plans to stage some matches at neutral venues if large crowds gather in front of venues.


“Football is back. It will be obviously for some reasons completely different but you can still make it really, really special,” Klopp said in a video on Liverpool’s website.

He added that the players would still feel their support despite the empty stands and that it would fuel their drive to the title.

“We’ll use that but the final message (is): stay safe, support us from home.