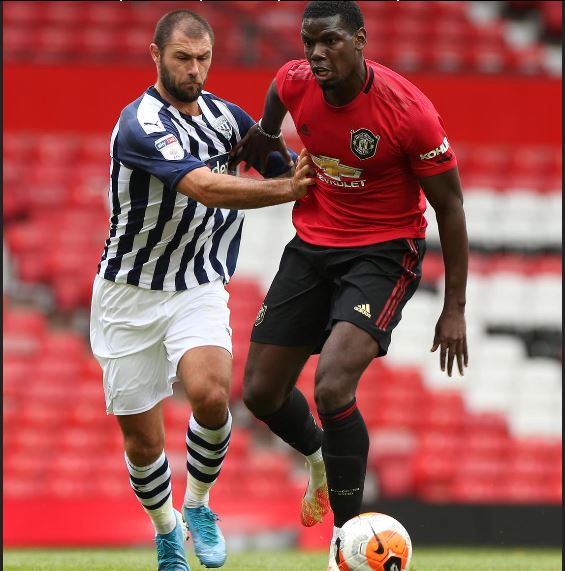 Paul Pogba was back playing for Manchester United as the countdown to the Premier League resumption gathered pace.

The French World Cup winner has not appeared for United’s first team in a competitive match since Boxing Day, a 4-1 victory over Newcastle United.

A series of injuries blighted Pogba’s season, and then the Coronavirus lockdown ended any hopes of a comeback.

However the enforced break has done United and Pogba some help, with the time to fully recover.

And he looked to be enjoying his football at Old Trafford as United took on Championship side West Bromwich Albion in two friendly games on Friday.

Bruno Fernandes and Pogba were among the players selected for the first fixture but some players took part in both as they look to build match sharpness.

United face Tottenham away from home next Friday in their first competitive fixture since March 12.