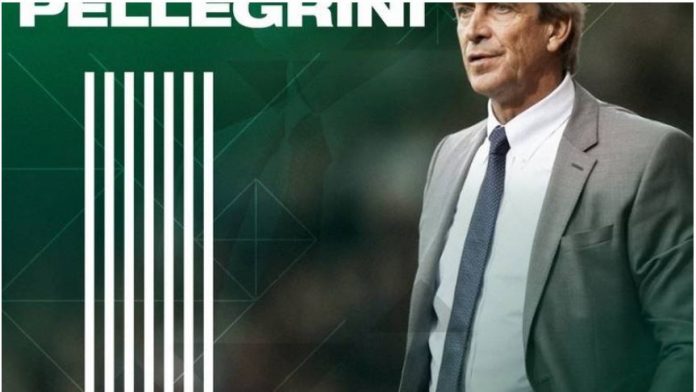 The 66-year-old Chilean, who has also worked in China, has signed a three-year deal with the Seville-based outfit, running until June 2023.
The arrival of Pellegrini at the Benito Villamarin had been an open secret for several days, although Betis decided to wait until their La Liga survival had been confirmed before announcing the appointment.

Wednesday’s 3-0 home win over Osasuna left Betis in mid-table and ended any fears of relegation with three games of the season still to play.
Former player Alexis Trujillo has been in temporary charge of the club since previous boss Joan Francesc Ferrer, better known simply as ‘Rubi’, was sacked on June 21.

The job marks Pellegrini’s return to management after he was sacked by West Ham United last December following 18 months in charge of the London side.

He previously won the Premier League title and two League Cups in charge of City between 2013 and 2016.

Having enjoyed considerable success in South America, Pellegrini first came to Spain as coach of Villarreal, where a five-year stint featured a run to the Champions League semi-finals in 2006.

He left for Madrid in 2009 but lasted just a season in which his side finished second to Barcelona and lost in the Champions League last 16, despite Cristiano Ronaldo, Kaka and Karim Benzema all arriving at the same time as the coach.


Pellegrini’s last Spanish club was Malaga where he spent three seasons before leaving in 2013 having taken the team to the quarter-finals of the Champions League.