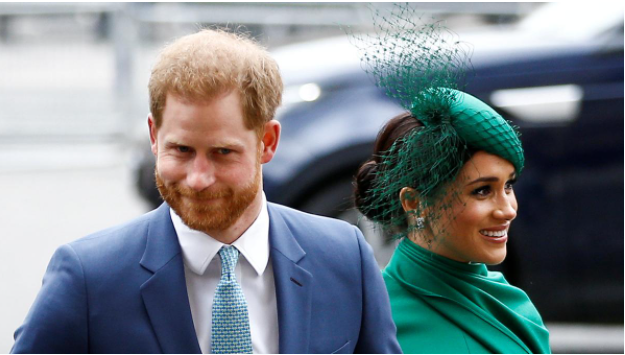 Prince Harry says he woke up to the issues faced by black people after meeting his wife Meghan as the royal couple called on the UK to end “structural racism”.

The Duke and Duchess of Sussex said “if you are white and British, the world you see often looks just like you” while minority communities lived in a world “created by white people for white people”.

Speaking to the Evening Standard, the duo warned racism was holding back “generations of young people of colour” who didn’t have the same opportunities “as their white peers”.

Harry said: “I wasn’t aware of so many of the issues and so many of the problems within the UK and also globally as well. I thought I did but I didn’t.”

He added: “When you go into a shop with your children and you only see white dolls, do you even think ‘that’s weird, there is not a black doll there?’

“I use that as just one example of where we as white people don’t always have the awareness of what it must be like for someone else of a different coloured skin, of a black skin, to be in the same situation as we are where the world that we know has been created by white people for white people.

Harry and Meghan moved to California earlier this year after quitting as senior working royals.

Since stepping down, they have been more outspoken on political and cultural issues.

Last week, US President Donald Trump took a swipe at the couple after they encouraged Americans to “reject hate” and enrol to vote

Mr Trump said he was “not a fan” of Meghan and wished Harry “a lot of luck” as her husband.

While not addressing the president’s comments, Harry said his views “may seem controversial”, while Meghan agreed her Black Lives Matter statements were “inflammatory for a lot of people”.

“While it has been challenging for a lot of people certainly having to make this reckoning of historical significance that has got people to the place that they are, that is uncomfortable for people.”

Asked whether they missed the UK, Harry said: “Actually it doesn’t matter where in the world we have been, we have stayed in touch with and supported the organisations as much as humanly possible.”

Meghan added that “everyone has been accustomed to what it means to be distanced” amid the coronavirus pandemic.