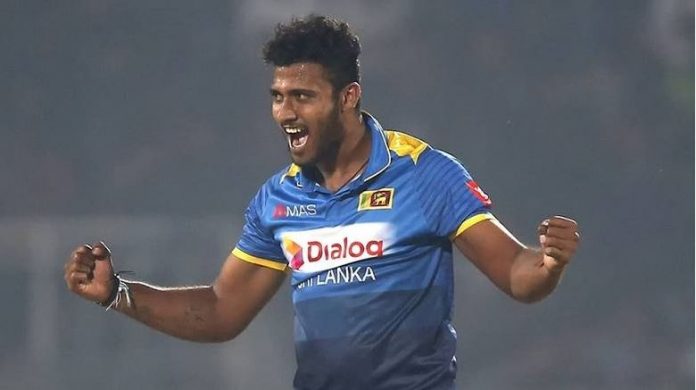 Madushanka, 25, was remanded in custody for two weeks by a magistrate. He got popular after he took a hat trick of wickets on his international debut in 2018.

On Monday reports came that, Sri Lankan police have detained cricketer Shehan Madushanka on a charge of possessing heroin.

A police official confirmed, he was carrying just over two grams of heroin with him when detained in the town of Pannala on Sunday.

Madushanka was reportedly stopped while driving with another person in a car during a nationwide coronavirus lockdown, police said.