Dubai: A ten-year old Indian girl living in Dubai has set a world record for memorising all 196 countries, their respective capitals and their currencies. Previously, the world record was made with regards to countries and their capitals only. The feat has been officially recorded with the Guinness Book of Records.

But Sara Chhipa, a grade 6 student of Gems Modern Academy took it one step further by adding one more dimension to the challenge — that of currency. The record was set via an online event on May 2 at 4.30pm, UAE time. “The live event was relayed on Facebook and YouTube,” she said in a telephone interview.

Speaking about her journey, Sara said she started memorising the names three months ago. She has been mentored by an Indian specialist Sushsant Mysorkar, who is founder of Brain Rhyme Cognitive Solutions, in Mumbai.

Sushant is said to have applied various memory and intelligence techniques to train Sara’s brain to remember the names. “For example, to remember certain countries, capitals and their currencies was really hard. Some hard country names were Burkina Faso, Cote d Ivoire, Sao Tome & Principe, Tuvalu, Saint Kitts and Nevis, Saint Vincent and the Grenadines. Capitals too have not been very easy. For example, Yamoussoukro, Pyongyang, Antananarivo, Nouakchott, Nay Pyi Taw, Me leke. But I took it up as a challenge. In times of COVID-19, with limited school timings, I found some extra time to sit at home and study for this record. I like to keep myself creatively busy and this was one of the ways I could do.”

Sara is a native of Bhilwara, a city in the Indian state of Rajasthan. She has been a resident of UAE for the last nine years. Her father, Sunil works with a telecommunications company and her mother Renu is with a property firm in Dubai. She has one younger brother, Shourya who is a KG2 student at Springdales School, Dubai. 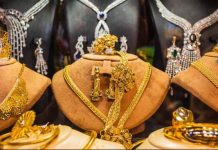