UAE Weather (Dubai): Be careful if you are hitting the road this morning as a fog alert has been issued due to hindered visibility.

According to the National Center of Meteorology (NCM), today’s skies are looking dusty and partly cloudy at times, with a decrease in temperatures, especially westwards, like in the emirate of Abu Dhabi.

The NCM issued yellow and red alerts due to foggy conditions this morning in Abu Dhabi, Dubai, Sharjah Ajman and Umm Al Quwain.

The temperatures are expected to be in the mid to high 20s on average.

The lowest temperature recorded early morning today was 5.4 °C in Raknah, Al Ain, at 6:30am.

The relative humidity is expected to hit 99 per cent in the UAE. 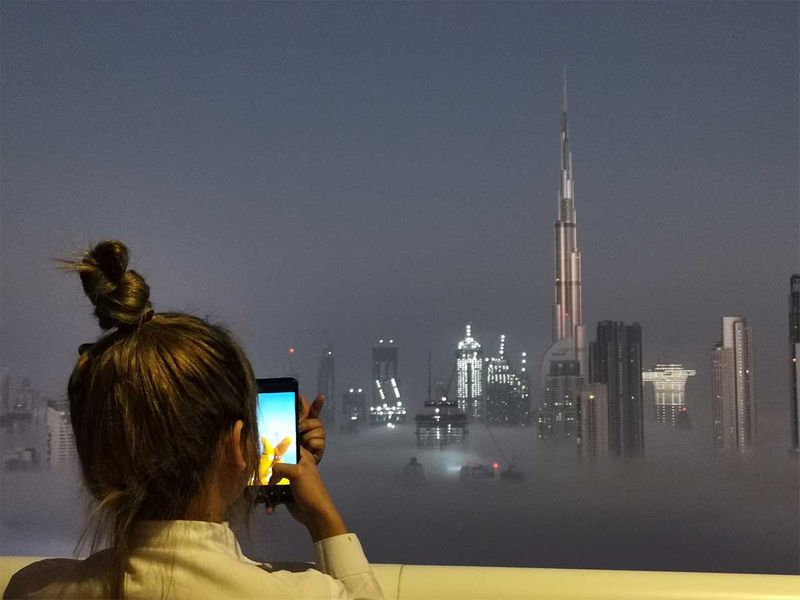 Dubai is currently at 19 °C with foggy skies and 76 per cent relative humidity.

The winds are expected to blow dust and sand into the air. Drivers have been warned to be careful on the road as the dust might hinder visibility. Those who suffer from allergies should also take precautions when going outside. Also Read: UAE weather: NCM issued red and yellow fog alerts as heavy thick fog envelops Abu Dhabi, Dubai, Ajman and other emirates. Dip in temperatures at 8 °C

The sea will be moderately calm to rough, becoming very rough by the afternoon in the Arabian Gulf and slightly rough becoming rougher by the night in the Oman sea.

COVID-19 included in list of diseases for which latest penalties apply in UAE Abu Dhabi: A fine from Dh50,000 to Dh100,000 will be imposed on...
Read more