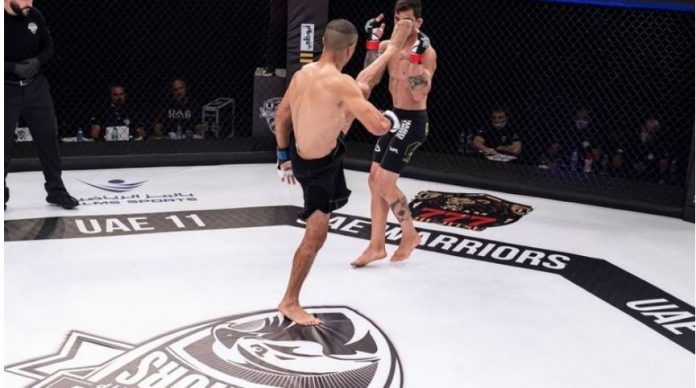 A huge knockout dealt by Brazilian Juscelino Ferreira to Syria’s Tarek Suleiman put an end to the main draw in the 10-fight card of the UAE Warriors 11 on Friday night. This was held behind closed doors in Zayed Sports City and telecast live on 27 television channels across the world, including Abu Dhabi Sports.

Viewed by more than one billion fans worldwide, the two champs met in the catchweight 90kg category.

Ahead of the encounter, Suleiman was undefeated in two UAE Warriors appearances. He stopped UFC veteran Englishman Oli Thompson in the second round of the light heavyweight title fight in May 2019 and secured a similar victory over Steven Kennedy of Australia in November.

Mixed Martial Arts (MMA) is one of the fastest growing sports in the world and is growing in popularity here in Abu Dhabi.