The Oscars have another buzz-worthy hopeful with the recent release of “Ma Rainey’s Black Bottom” on Netflix.The film stars Viola Davis as legendary blues singer Ma Rainey, a figure who pioneered an entire genre of music, but can only be found in seven photographs in the entire world.

“You have to rely on your investigative skills,” Davis told Arab News about her research for the role, which was admittedly painstaking due to a general lack of personal information. “You have to rely on your observations in life to sort of fill in the blanks because there were seven pictures but they were musicians at the time that talked about her, the way she looked.” 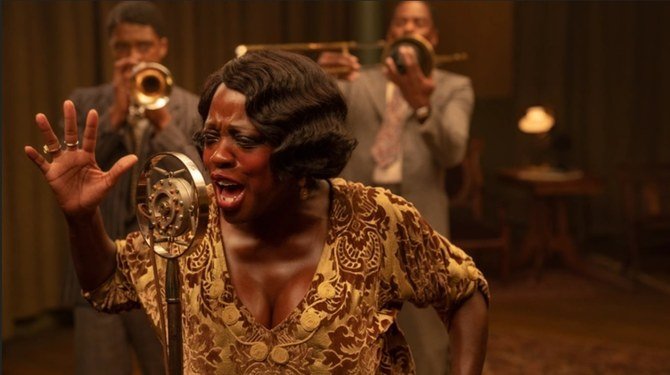 Adapted from August Wilson’s award winning stage play of the same name, Davis is the latest in a line of talented actors to have played the role of Ma Rainey. While critics have praised her performance, Davis explained that she drew particular influence from one of her predecessors. Big News: Facebook suddenly removes blue tick from Apple page, know what is the whole matter

“I think that is very OK when an actor steals from another actor.” she said. “And I stole from another actor and the actor is Barbara Meek, great actress out of Providence, Rhode Island. It was the first Ma Rainey I had ever seen, and I thought it just was brilliant.”

The film also marks the final role of actor Chadwick Boseman before his death in August.

Davis opened up about working with the actor, after having worked with Boseman previously in the James Brown biopic “Get on Up.” Big News: Saudi Arabia grants licenses for two music colleges

“I played his mom, so I was always calling in my baby. I always sort of saw him like that. I probably would not have said that to him because he may have cringed,” Davis revealed. “To work with Chadwick is to be in the presence of greatness, really. And I actually don’t see him tragically — I know he lost his life at 43 — because of what he did with the time he had.”