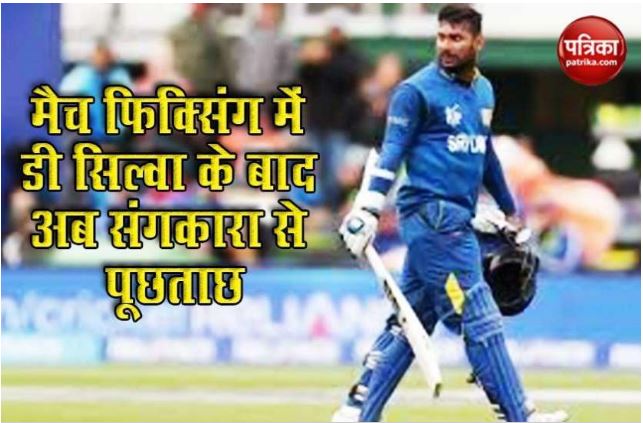 The former Sri Lankan Sports Minister has alleged that the 2011 World Cup final match between India and Sri Lanka was fixed in 2011.

Colombo: India won the ICC ODI World Cup in 2011 for the second time under the leadership of Mahendra Singh Dhoni. Team India defeated Sri Lanka in the final and captured the title. Nine years after this historic victory, the then Sri Lankan Sports Minister Mahendanand Althugamge has made a sensational allegation about the final match of the 2011 World Cup. He said that Sri Lanka had sold the World Cup to India. After his charge, the Sri Lankan government has come into action, the Sports Ministry is investigating these allegations. In this connection, Kumar Sangakkara, who was the captain of Sri Lanka in the World Cup 2011 after the then Chief Selector Arvinda De Silva, has also been questioned.

Former Sri Lankan team captain Kumar Sangakkara was interrogated by the Special Investigation Unit in the Sports Ministry for 10 hours. However, what happened to Sangakkara, the investigation team has not provided any details. According to a Sri Lankan website, Sangakkara was supposed to record the statement next week, but the police requested him to give his statement soon. On the other hand, members of a youth organization gathered outside the office of Sri Lanka Cricket Board with the poster-banner. He accused the officials of harassing the legendary cricketers.

Sports Ministry has ordered an inquiry

Following the allegation of former Sports Minister Mahinda Althgamge, the Sri Lankan Sports Ministry has ordered an inquiry into the 2011 World Cup final being fixed and asked the Sri Lankan police to update it every two weeks. Althgamge had said in a statement that as a country he did not want to say this. They don’t remember exactly whether it was 2011 or 2012, but we had to win that match. However, Althgamge did not accuse the players. His gesture was towards the people outside the grounds.

Arjun Ranatunga, captain of the 1996 World Cup winning Sri Lankan cricket team before Althgamge, also demanded an inquiry into the match-fixing aspect of the 2011 World Cup final. Let us know that former Sports Minister Mahindanand Althgamge and then President of Sri Lanka, Mahenda Rajapaksa were also called to Mumbai for the final match.

AB de viliers will return to the ground on 18 July, retired from cricket

Sangakkara and Jayawardene have asked for evidence from Althagamge

Former Sri Lankan Sports Minister’s allegations of match fixing in cricket are absurd, with former Sri Lankan captain Mahela Jaywardene and Mahela Jaywardene, captain of the World Cup 2011, demanding evidence from him. A few days ago, Kumar Sangakkara wrote on social media that the former Sports Minister should provide evidence to the ICC, so that the Anti Corruption Unit can properly investigate, while Mahela Jayawardene asked if Elections are on the way? Is the circus starting? Where are the names and proofs?

Let me tell you that the match fixing that is being talked about was the final match of the 2011 ODI Cricket World Cup. The match was played at the Wankhede Stadium in Mumbai. India defeated Sri Lanka by 6 wickets in this title match. Sri Lankan captain Kumar Sangakkara batted first after winning the toss and Mahela Jayawardene’s brilliant century innings put the challenging score of 276 runs in front of India. This was easily achieved by Team India thanks to Gautam Gambhir’s 97 and captain Mahendra Singh Dhoni’s unbeaten 91 runs. In this way, India became the ODI world champions for the second time after 1983. In 1983, India became the first world champion under Kapil Dev for the first time.