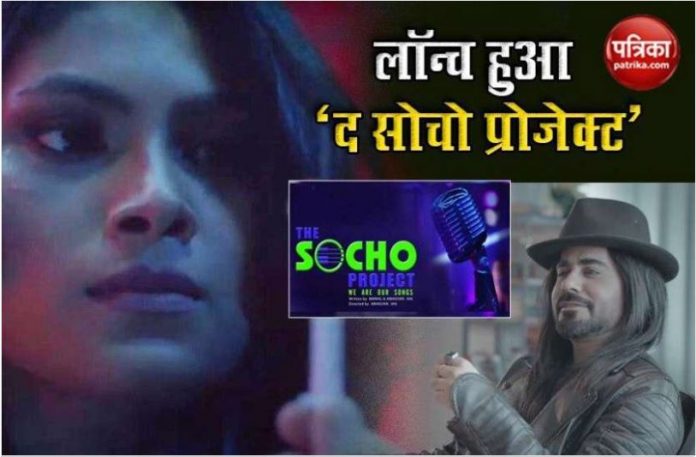 New Delhi: India’s most prominent television show creator Mrinal and veteran director and veteran entrepreneur Abhigyan Jha have launched ‘The Socho Project’. It is the first musical web series in India. With this series, Mrinal and Abhigyan are ready to communicate hope and enthusiasm in the music world filled with discontent.

The show will be released in 2020. It showcases the lives of budding musicians and music artists who are struggling to make a place in the Indian music business amidst the dominance of a monopoly music label. The characters whose stories are depicted in this point to the real problems present in the music industry today. These problems include lack of originality and very little scope for new artists to show their talent. For all these reasons, they are forced to go into the quagmire of commercialization to maintain their existence.

The show will see many popular artists like Lopamudra Raut, Gaurav Khanna, Gunjan Utreja, Gurpreet Bedi, Donal Bisht, Sahil Vaid, Lekh Sangal and Arif Zakaria. The goal of this web series is to relax the minds of people frustrated by the rapidly falling standards of music in India, and especially music lovers.


The trailer of this web series has been launched recently which actually includes the soundtrack of 25 original songs created by the new talent. The first song in this web-series is Kato – Wound Rap, composed by Mac Hardy. Since launcham, the song has been watched by 1 lakh 60 thousand people on YouTube and 3 lakh people on Facebook and it continues. The song is available on major music platforms including Apple, Amazon, Spotify, Geosavan, Gana and Shazam. It depicts the relentless pangs of a musician against the prevailing sufferings of these artists amid lockdowns. Sung by Casey and Moniraj Hazarika, “Before You Meet” is the second song in the “The Soochow Project” web series, a romantic low-fi duet that launched today (July 3, 2020). Inspired by some famous destination destinations of India and during this lockdown, it gives you a blissful journey sitting in your Aramkursi. This duet beautifully depicts the beauty of the country of India and will surely bring back memories of all those who visited these places with that “special”. The beautifully composed lines of this song make you experience an enchanted journey within the four walls of your home.

This web-series will be released sometime later this year via streaming and pay per view.