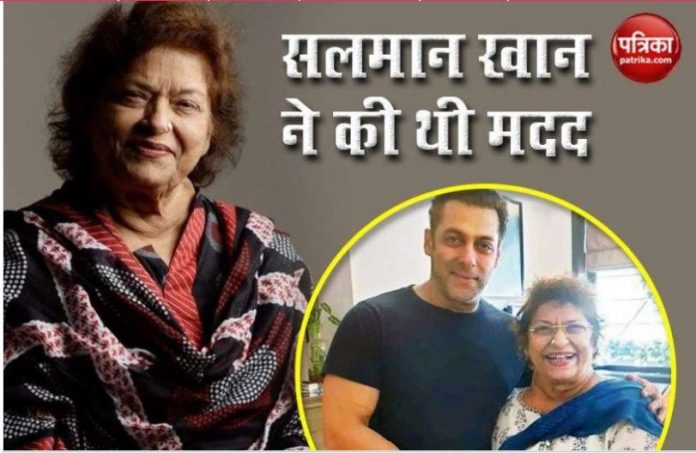 New Delhi: Famous choreographer Saroj Khan Died died on Friday due to cardiac arrest. With his death, there is a wave of mourning in the entire film industry. Everyone is paying tribute to Saroj Khan through social media. Saroj Khan worked with many big stars during his film career. From Sridevi-Madhuri Dixit to the choreographed songs of today’s generation actresses Sara Ali Khan and Ananya Pandey. Saroj Khan has quite a name in the film industry, but there was a time when she stopped getting work here.

This was revealed by Saroj Khan during an interview. He had told that Salman Khan (Salman Khan Helped Saroj Khan) came forward to help him when he was not getting work in the film industry. Saroj Khan told, Salman Khan came home to meet her. They asked me what are you doing these days? I told them that I have no work right now. These days, I am teaching Indian classical dance to young actresses. Hearing this, Salman Khan told me that now, you will work with me. I know Salman Khan is a man of his tongue. Apart from this, Saroj Khan had told in the interview that she never went to ask for any office work in life, because she wanted her work to be spoken for her.